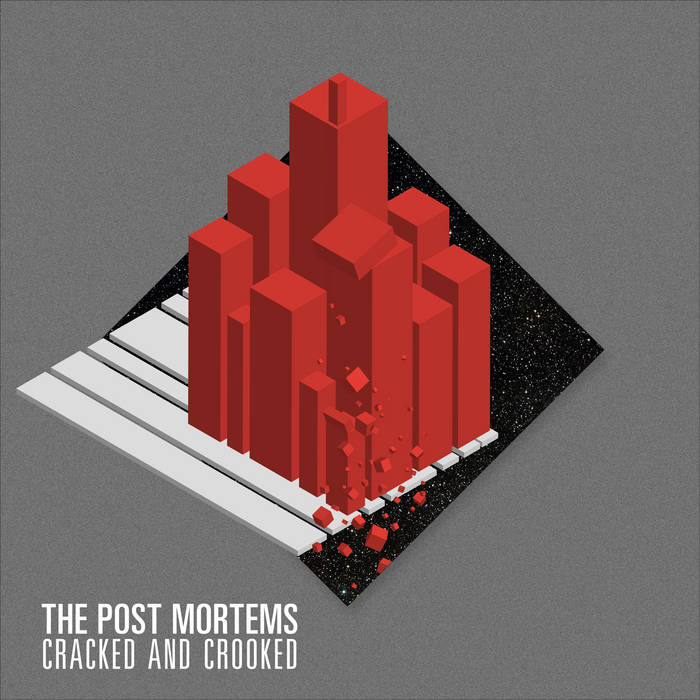 The cast of 12 beautiful and haunting songs welcomes you with open claws to the debut of the altrock power duo that eschews guitars in favor of soaring vocals, pounding drums, and heavily effected bass guitar.

A young girl learns to survive in a world of villainous intentions. Lovers embrace in a final act of adoration. A man becomes the thing he has always loathed. In twelve songs, something dreadful looms over their lives and deaths, forcing everyone toward collapse or triumph in ways the listener cannot anticipate.

The Post Mortems write and record without guitar, instead filling in all possible sonic space with bass, drums, and vocals, stretching each as far as possible to fulfill the demands of each composition. Utilizing effects pedals, the bass becomes all instruments, the voice soars limitless, and drums drive, underline, and punctuate.

ENGINEERED AND MIXED BY:
JUSTIN FARLEY AT SKYLARK RECORDING
AND DEVIN ALEXANDER AT FORCEPS

ALL SONGS BY THE POST MORTEMS
PUBLISHED BY GENTLE EDWARD RECORDS
>> www.gentleedwardrecords.com
>> www.thepostmortems.com

ALL ARTWORK BY ED LY
>> www.edwardly.com

Bandcamp Daily  your guide to the world of Bandcamp